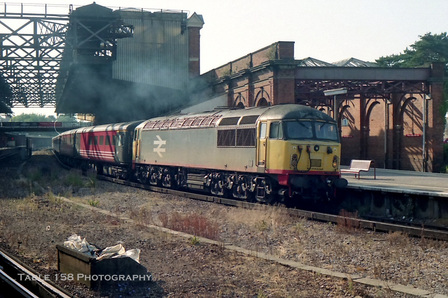 What a year 1998 was for rare locomotive haulage on Virgin Cross-Country trains due to a poor availability of long range 'twin tank' Class 47s.

The rarest working was surely 56019 seen here at Bournemouth on 1M81 18:14 Bournemouth - Manchester.

The inward working was 1O38 09:10 Edinburgh - Bournemouth which became the train to watch for rare traction, which included: Class 31s, 37s, Railfreight 47s and this Class 56.

Virgin Cross-Country generally experienced poor availability - and not just the above services - with all sorts of rare traction working across the Cross-Country network. 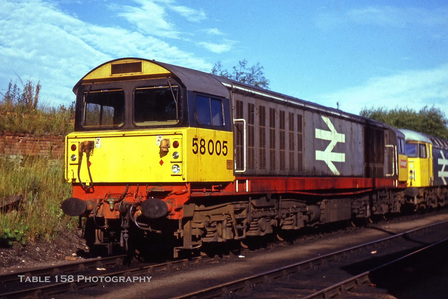 The Class 58 has recently celebrated its 30th Anniversary on 9th December 2012 when 58001 was handed over to British Rail from Doncaster Works in 1982.

The fleet of 50 locomotives was withdrawn by EWS during 2002 after just 20 years service. As of December 2012 five are scrapped, eight are stored at UK depots, 36 are stored either in France or Spain, and one (58016) is preserved.

Here 58005 is stabled at Barrow Hill between duties. 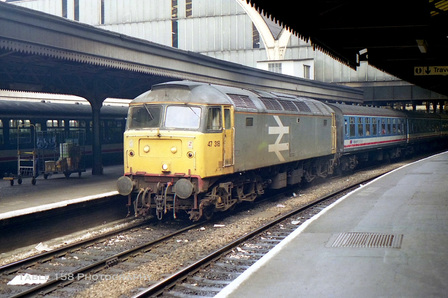 The best you could hope for these days would probably be a pair
of Class 165s. 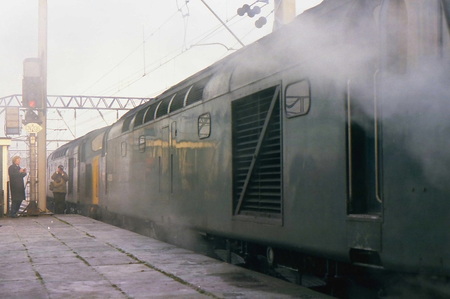 Steam heat leaking everywhere creates a great atmosphere on a cold morning at Crewe as 40152 and 40086 head The Royal Scot railtour from Euston to Glasgow. 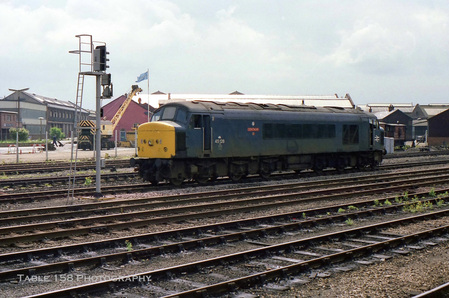 The name was one of the now famous Tinsley unofficial painted names which adorned a lot of their home fleet, a popular addition to any class welcomed by modern diesel enthusiasts. 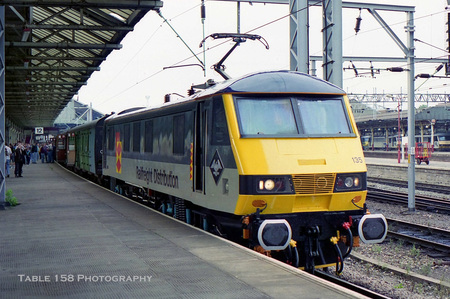 Pathfinder Railtours The Grampian Highlander stands at Crewe on the return working of a two day tour from Bristol to Wick and Thurso, and return.

90135 has since reverted to its original number of 90035 and is still in use with DB Schenker. 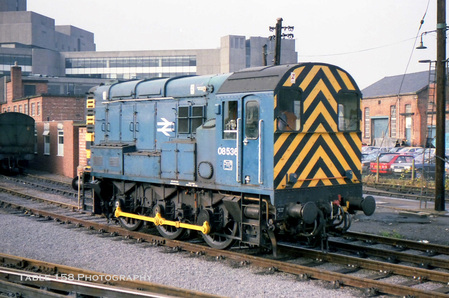 It was once common place to find a '350' at just about every mainline station in the country from Penzance to Inverness.

Residing at Derby RTC in an unservicable condition since withdrawal in June 1995 from Maintrain this locomotive is destined for the Churnet Valley Railway in Staffordshire. 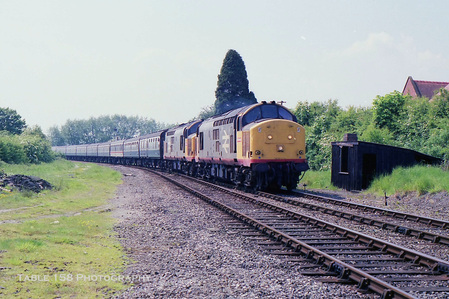 Summer Saturdays, they just don't make them like they used to!

37683 was to eventually become a Direct Rail Services (DRS) machine although currently out of service at Derby RTC most likely as a source of spares.

37682 was to also become a DRS machine and is still in regular use with them. 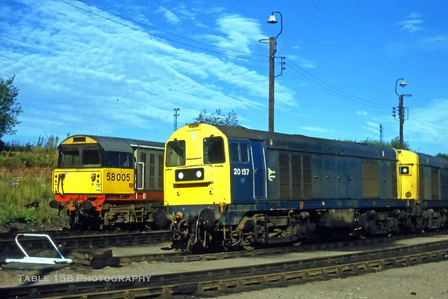 Barrow Hill before it became the well known preservation and engineering base that it is today.

The depot was closed by British Rail on the 9th February 1991, although it would be over seven years before the depot finally re-opened its doors in July 1998 to the public. 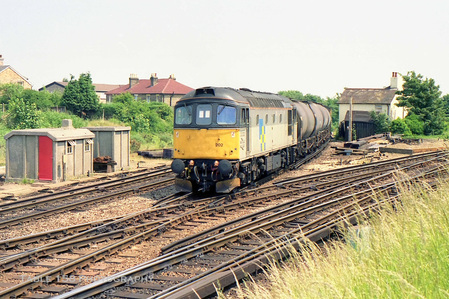 Having been Hunslet Class 20's No. 20901 and 20904 a few days earlier in the week it was time for Southern Region traction to take charge of the weedkiller train.

Here 'slim Jim' Class 33/2 No. 33202 passes Branksome with the weedkiller train.  Although common ground for Class 33's, in particular the push-pull 33/1's, it was always rare to find a narrow bodied Class 33/2 in these parts.

This is yet another 'old school' locomotive to have evaded the cutters torch and is preserved and based at Mangapps Farm in Essex. 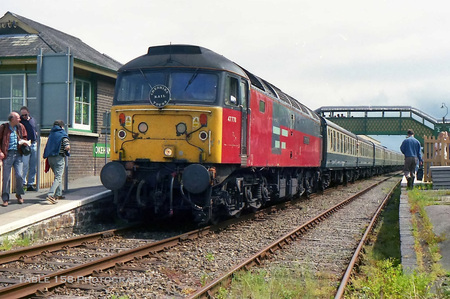 Cheshire Railtours The Dartmoor Prince stands at Okehampton with 47778 Irresistable before continuing on to Meldon Quarry.

Running as 1Z80 06:55 London Victoria - Meldon Quarry the tour ran via Clapham Junction to Wimbledon via Haydons Road making this a rare section of line for Class 47 haulage, then continuing down the West of England route via Salisbury, Yeovil Junction and Exeter St Davids, then onwards via Crediton. 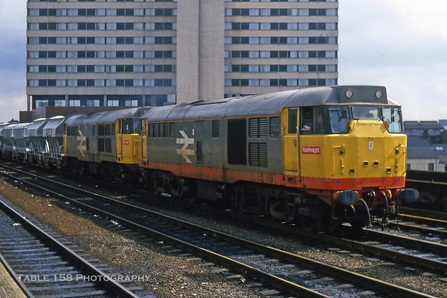 A little festering between moves over the Pennine's allowed a few shots at Leeds.

Both locomotives have long since been scrapped, however the Tilcon workings still run. 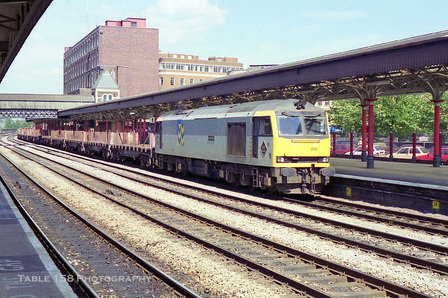 Stopped in January 2009 this locomotive is currently stored at Toton with numerous other class members. 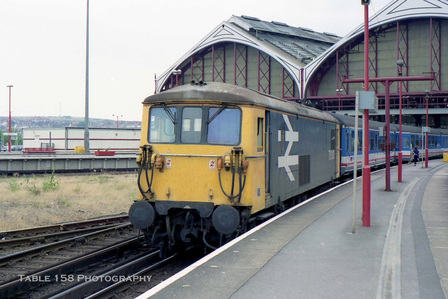 Not known for their regular use on passenger trains the Class 73/0 'JA' was always quite an elusive locomotive. More often than not any would be basher would be limited to overnight postal/passenger workings to get one for haulage.

Here 73003 stands at Brighton at the head on Sundays 1V18 16:45 Brighton - Plymouth which it worked as far as Portsmouth Harbour.

From an original build of six locomotives incredibly five were preserved, only 73004 would be scrapped. 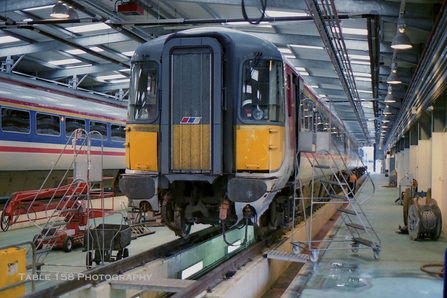 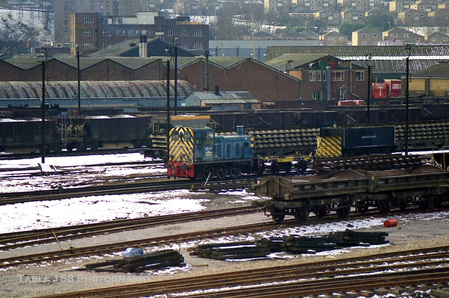 With a dusting of snow on the ground a rather faded 03197 stands in Norwich Thorpe Yard surrounded by relics from a bygone era.

A locomotive with an interesting history including operating the Weymouth Quay tramway and being modelled by Bachmann model railways. From an original fleet of 230 locomotive at least 57 of these characteristic shunters were saved for preservation, including 03197 which is privately owned and based at Mangapps Farm in Essex.

Note the former steam locomotive tender used as a snowplough. 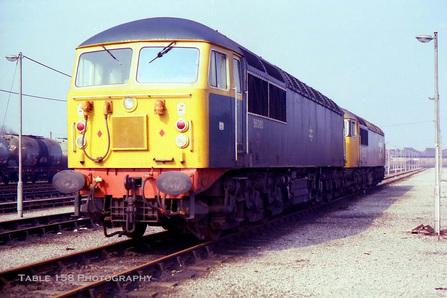 As a 17 year old nipper I guess you don't really take into consideration things like sun angles, but looking back you now think to yourself "why on earth did I stand there and not to the left, the sun would have been ideal".

With age comes wisdom, or so they say.

Standing on the Airport Sidings at Eastleigh depot is BR blue 56080 and large-logo classmate 56095 which had arrived for driver training duties. 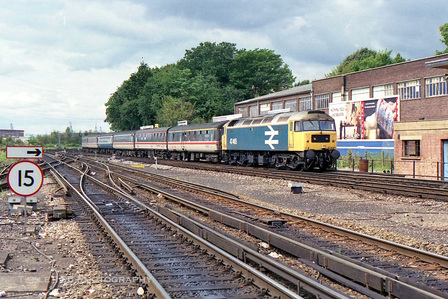 I was always torn between the two but my enjoyment for travelling won the day, however the Minolta X-300 was always packed ready. Waiting at stations for the next train was a good compromise I guess to photograph the comings and goings, although some places were far from photogenic. 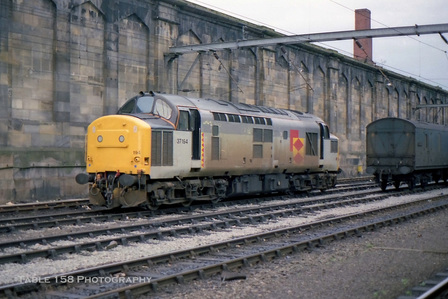 It is amazing how many ex-British Railways locomotives are still in use on the national network, and 37194 is one of those, seen here at Carlisle and sporting Railfreight Speedlink livery.

Ironically 37194 is still in use with Direct Rail Services (DRS) and based at Carlisle Kingmoor depot.

Unlike a lot of Class 37's which have had their appearances altered over the years 37194 still appears in this original condition, complete with three-piece miniature snowploughs.

New to traffic on the 16th March 1964 as D6894 it is soon approaching its 50th year in service, a major achievement considering so many other locomotives of varying classes have not. 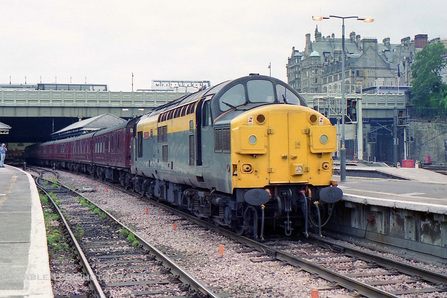 At the head of the Royal Scotsman set at Edinburgh Waverley is 37088 Clydesdale sporting the popular Dutch livery, a livery quite suited to this veteran class of locomotive.

Within less than two years 37088 would be withdrawn and on the 3rd October 2002 it was finally scrapped at Booth's of Rotherham. 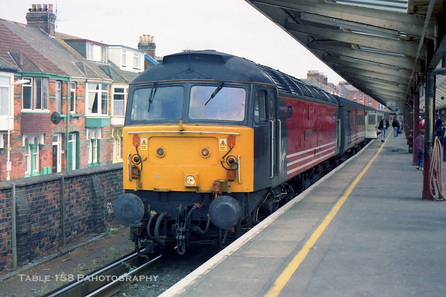 Back to its ScotRail days and 47702 was named Saint Cuthbert however this name would be passed to 47792, the County of Suffolk name formerly carried by 47584 being fitted to 47702 during February 1994.

The locomotive was finally disposed on during January 2005 at Toton having had a long and varied career since new to traffic in 1966. 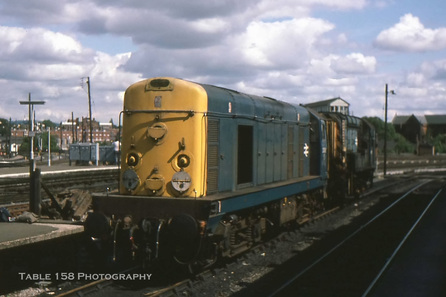 Stabled at Shrewsbury in one of the old bay platforms is 20026 and a Class 08 shunter. 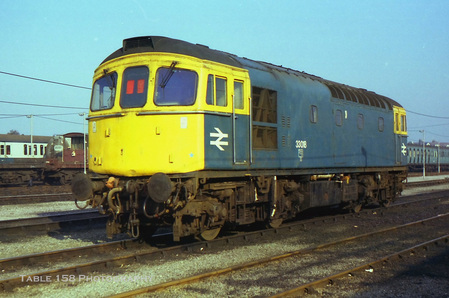 Stable on its home depot of Eastleigh is 33018 between duties. 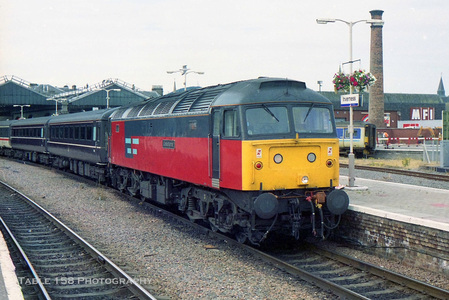 Into the TOPS era and D1925 was to become 47248. But it was as ETH converted 47616 it was probably best known as when it was named Y Ddraig Goch/The Red Dragon at Cardiff Central on the 6th July 1985 and sporting a red dragon between its marker lights.

Under the creation of Rail Express Systems (RES) and 47616 became 47789. It would eventually be withdrawn from traffic during January 2004 and finally disposed of in May 2007 after 41 years. 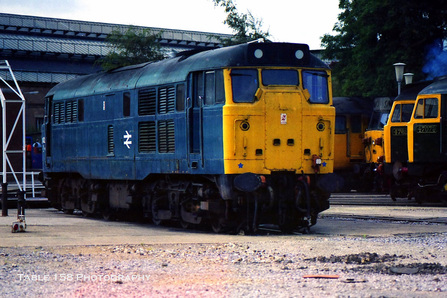 31402 stabled off the turntable at Old Oak Common.

15 September 1985
To leave a comment on this image click here
Contact
Click the button below to take you to the next GM Free page for more nostalgic images.
GM Free - Page 7
All photographs are the copyright of Table 158 Photography and should not be
reproduced by an individual, or organisation, without prior consent.
©