Images from around my home county taken during 2019 will appear here. 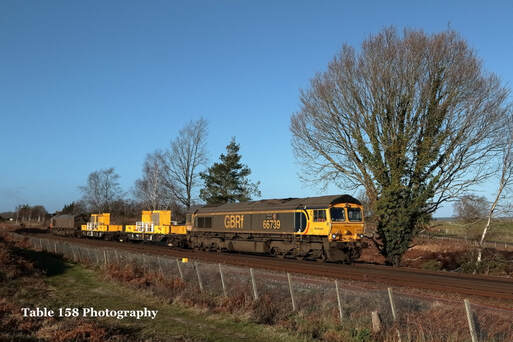 Unlike previous years, Network Rail (Wessex) have introduced the Snow & Ice Treatment Train (SITT) to its area for the 2019/2020 winter season. As the temperature was about 8 degrees C today, although a cold windchill made it feel a lot colder than it was, it can only be presumed that this was nothing more than some sort of driver training trip as it wasn't apparent that de-icing fluid was being laid on the conductor rail-head. In glorious winter weather a rather grubby 66739 Bluebell Railway leads 3Y88 09:55 Totton Yard - Dorchester South - Totton Yard on the approach to Wool heading back from Dorchester, to the rear is 66731 Interhub GB presenting an even filthier external appearance. 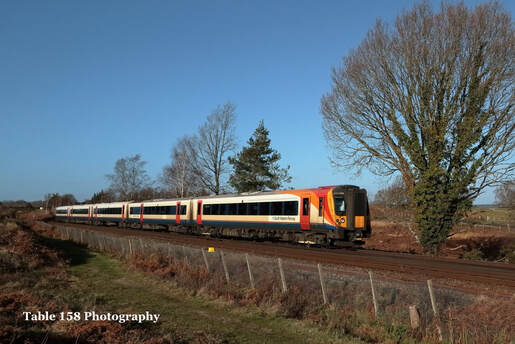 With South Western Railway guards mounting a 27-day strike, lead by the RMT union, during December 2019, a reduced level of service was still being maintained by the company. The Bournemouth to Weymouth line was running an hourly shuttle service and 444044 approaches Wool operating 2W12 11:03 Weymouth - Bournemouth under some great winter light. 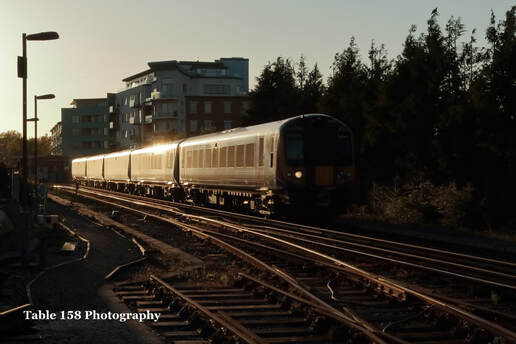 A 444 unit departs Dorchester South bound for Waterloo, catching the evening sunset in the process. 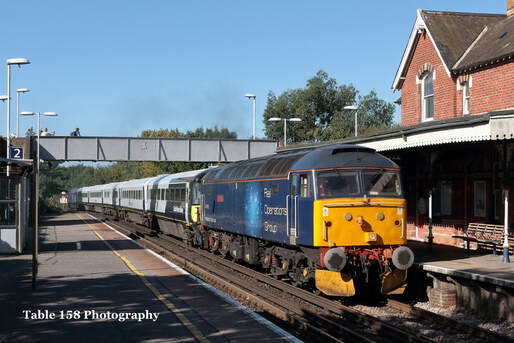 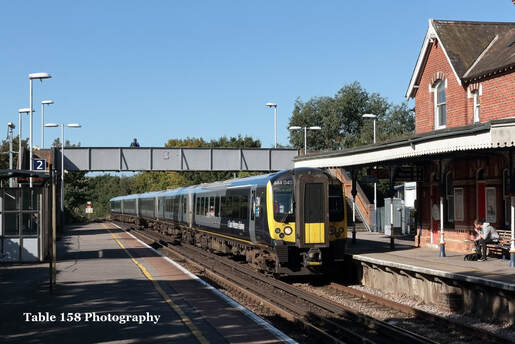 With repainting of 444006 commencing at Bournemouth depot on Monday 16 September 2019, expected to take about six weeks, and finished in a livery similar as the 442's, then this unit 444040 could potentially be somewhat unique in this version of South Western Railway livery? Here 444040 passes through Parkstone operating 1W54 09:20 Weymouth - Waterloo. 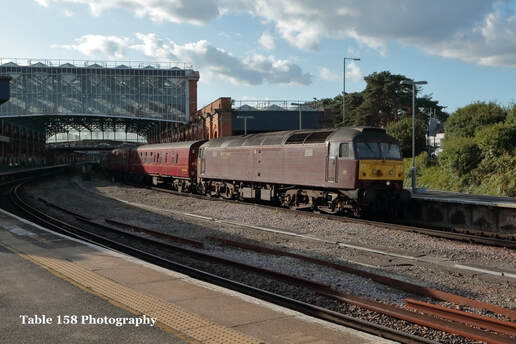 West Coast Railways 47802 is seen here arriving at Bournemouth with 1Z84 16:35 Weymouth - Victoria. This was the Railway Touring Company promoted 'Dorset Coast Express', out of sight to the rear is 60009 Union of South Africa. 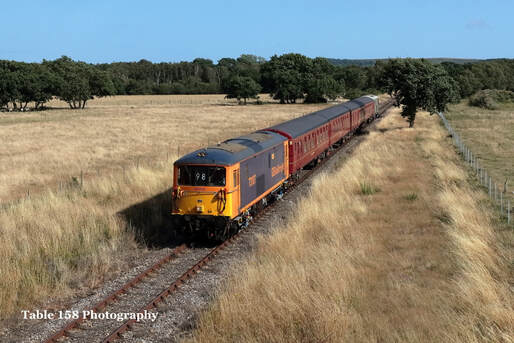 Plenty of evidence here at Stoborough, near Wareham, of how hot and dry its been recently. Almost resembling a scene from the Serengeti, the only thing missing is a herd of zebra being chased by a cheetah. Anyway, this is Dorset, not Africa, and GBRf Class 73 No.73107 Tracy heads on up towards Worgret Junction hauling the London Transport 4TC set, with BR blue 73201 Broadlands on the rear, with UK Railtours 1Z74 16:26 Swanage - Waterloo. This is the first of four trips operating on a Sunday, with Class 73 traction and the 4TC, from London to Swanage promoted by UK Railtours. 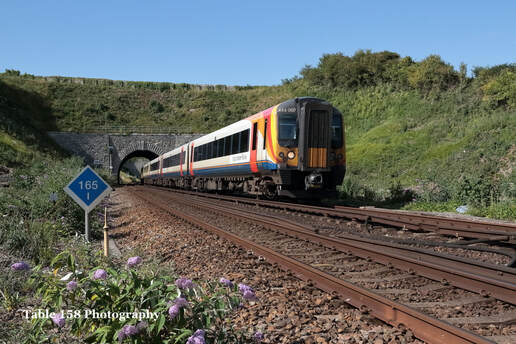 Passing the site of the former Upwey Wishing Well Halt, at the south end of the 47 yard long Bincombe No.2 Tunnel is 444007 working 1W69 14:05 Waterloo - Weymouth. Like nearby Monkton & Came Halt, situated a mile south of Dorchester, both of these small halt's were opened by the Great Western Railway on 1 June 1905, and both closed on 9 June 1957. 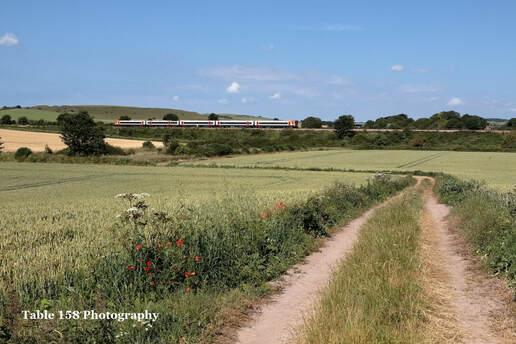 Sods law that the passive footpath across the field to Herringston Barrow was locked out of use by the land owner preventing access. So, from the gate a 444 'Desiro' unit is seen heading for Weymouth down towards Bincombe Tunnel (left). 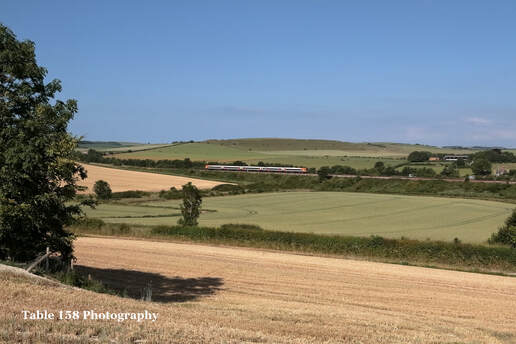 The Iron Age hillfort of Maiden Castle dominates the background as another 444 unit passes by operating 1W08 09:03 Weymouth - Waterloo. 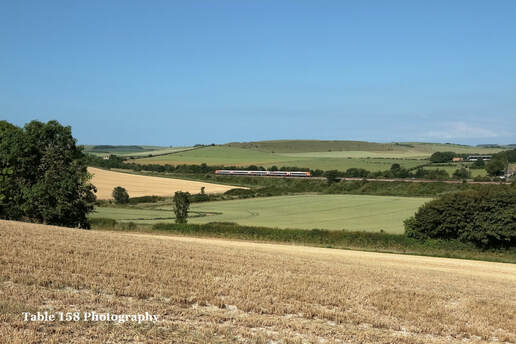 Viewed from the western slope of Conygar Hill a 444 'Desiro' unit passes by. 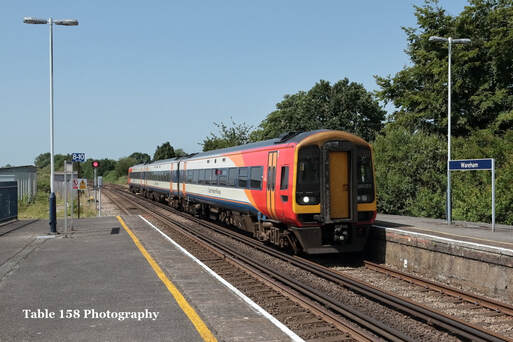 Summer Saturday's in Dorset just aren't what they use to be. I suppose this has to be the highlight, if you can describe it as such, along the Dorset coast. This is 1L11 06:35 Waterloo - Corfe Castle via Salisbury, Yeovil Junction (reverse), Yeovil Pen Mill (reverse), Weymouth (reverse) and Wareham (reverse), seen here running into Wareham worked by 159020. Upon arrival at Corfe Castle the unit will do a couple of fill-in trips to Poole, before heading back from Corfe Castle to London the same way it came. 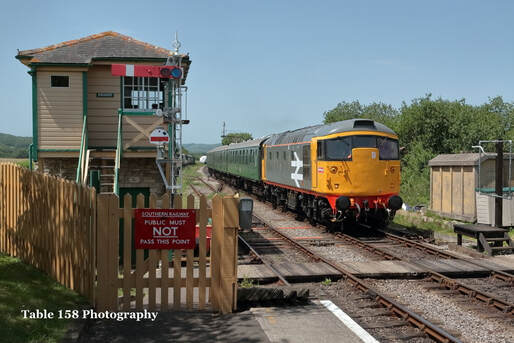 Having arrived for the 2019 diesel gala, 26007 remains at the Swanage Railway on-hire until September, here it arrives at Harmans Cross with the 12:40 from Norden to Swanage. 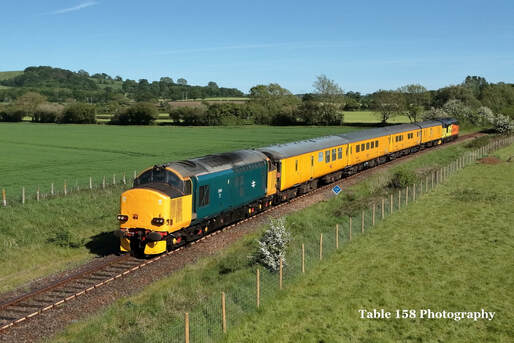 After a frustrating morning with the weather things finally start to pick up, as ​37610 leading 1Z22 08:20 Tyseley - Weymouth - Bristol passes Thornford with 37521 trailing, on the way back up from Weymouth in some fine weather​. 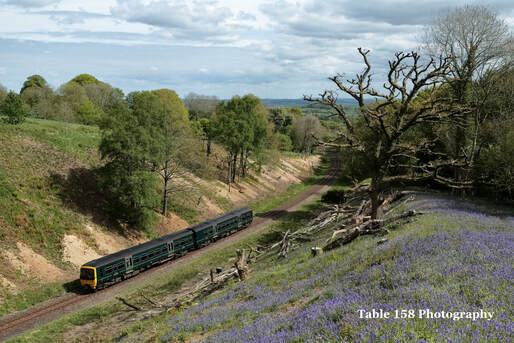 ​A magnificent display of bluebells carpet the cutting slope near Chetnole, as 165120 passes by working 2O70 06:49 Worcester Shrub Hill - Weymouth up the 1-in-51 gradient towards Evershot Tunnel. 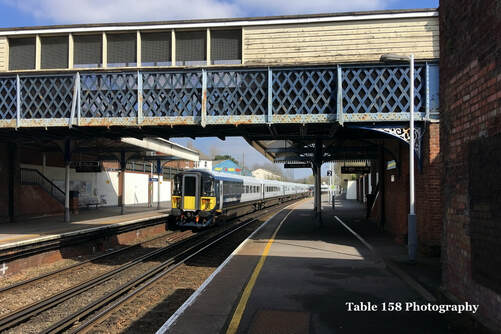 Class 442 crew training trip 5Q31 14:09 Bournemouth T&RSMD - Fratton Carriage Sidings quietly enters the up platform at Branksome with 2403 leading 2408. The train will reverse here, and once the driver has changed-ends will continue eastwards to Bournemouth, and onwards to Fratton. 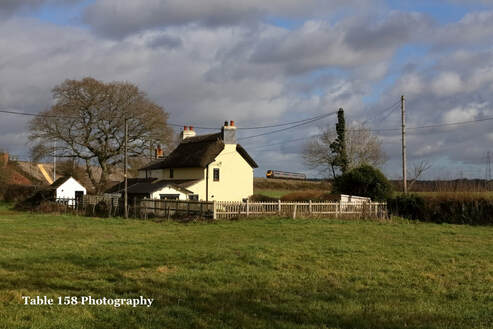 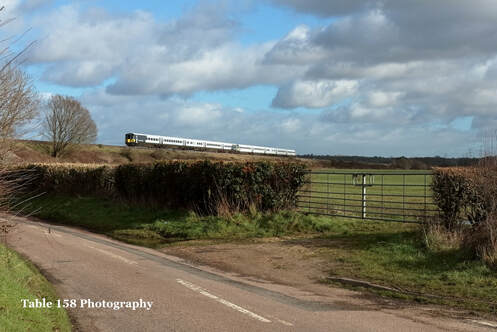 The first of two Class 442 moves to Bournemouth T&RSMD running 15 minutes apart. Having run up to Wimbledon Park on Monday 4 February, presumably for a trip to the wheel lathe, 2411 and 2404 return to their home depot four days later. On the approach to Christchurch the pair are captured in a lucky burst of sunshine running as 5Q39 10:01 Wimbledon Park - Bournemouth T&RSMD, unfortunately i was not so lucky with the sun for the following pair. 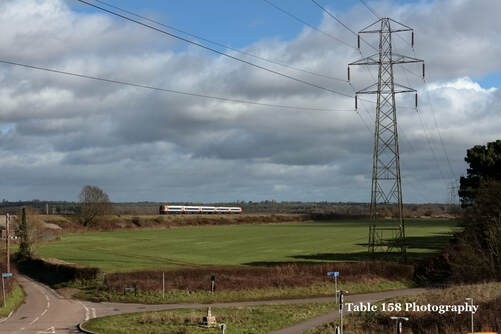 A 444 unit heads along Christchurch bank at Staple Cross.

​
All photographs are the copyright of Table 158 Photography and should not be reproduced
by an individual, or organisation, without prior consent.
©