Images from around my home county taken during 2012 will appear here. 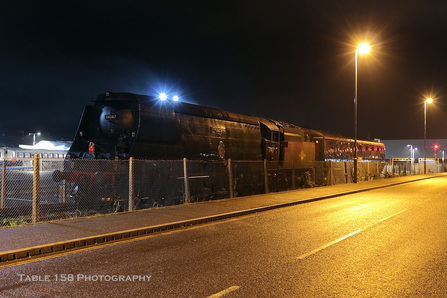 Well, it may be as long ago as the end of steam on the Southern Region in 1967 since a steam locomotive graced these rails?

Prior to working The Capital Christmas Express 1Z92 08:25 Weymouth - Paddington, 34067 Tangmere was stabled overnight with its support coach on the Weymouth Quay line adjacent to Weymouth station.

A SouthWest Trains class 444 'Desiro' unit can be seen to the left in Weymouth station. 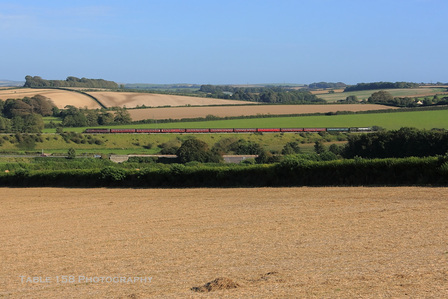 After an enjoyable few hours in North Hampshire, and to beat the rush hour traffic, it was back to home soil.

The returning Dorset Coast Express is seen passing Winterborne Monkton hauled by 47245 whilst to the rear is 34067 Tangmere.

The train ran as 1Z95 16:35 Weymouth - Waterloo with the veteran Class 47 hauling the train from Weymouth to Southampton where it reversed to allow Tangmere to continue to London via Romsey and Andover. 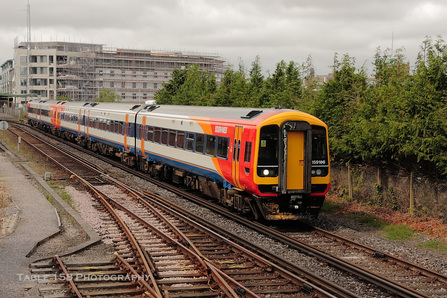 First day of the Paralympic sailing events at Weymouth and Portland and SouthWest Trains laid on a few additional services to Weymouth.

Returning empty stock as 5Z78 11:56 Weymouth - Bournemouth T&RSMD is 159106 leading 158881 and seen passing Dorchester South, having worked down an additional service from Bournemouth to Weymouth. 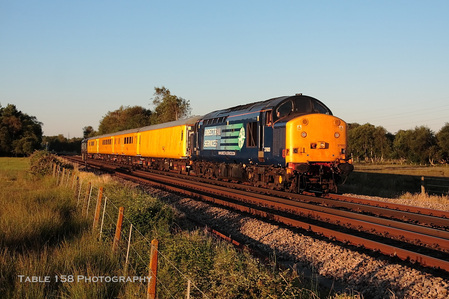 The second Class 37 hauled test train to Weymouth, this time down and back via Bournemouth, and utilising DRS traction. 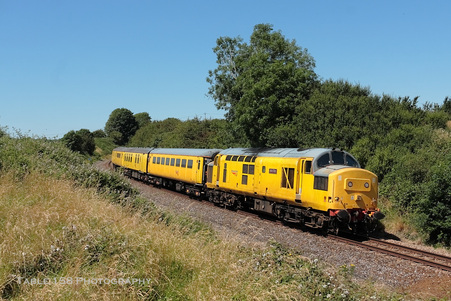 The first of two Class 37-hauled test trains to Weymouth. It might be classified Class 97 but it looks and sounds like a Class 37 to me. 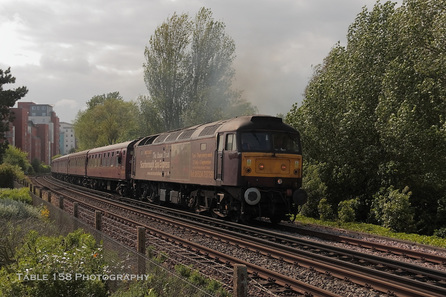 Backlit to death but West Coast Railways 47826 with its unique
Scarborough Spa Express branding on one side makes a great sight and sound on its ascent of Parkstone Bank. 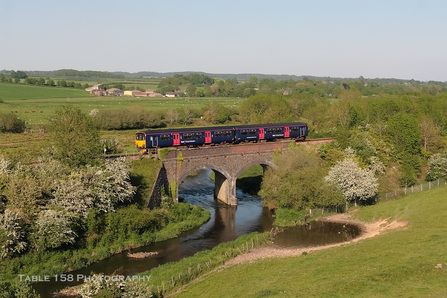 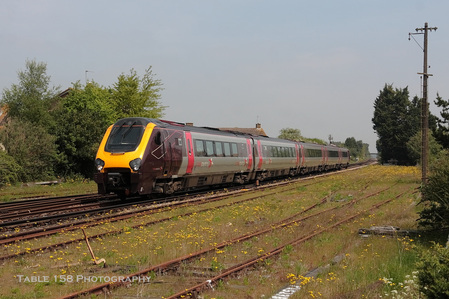 It has been ten years since the last Voyager unit visited this part of the world.

In connection with the forthcoming Olympic sailing events at Weymouth, a joint industry test run was made of the proposed timetable due to run to/from Weymouth over that Olympic period. 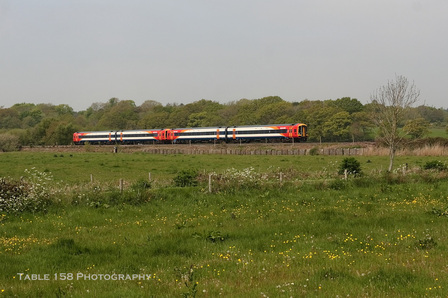 Possibly the first time Class 158 units have been used between Branksome and Dorchester - and almost certainly in daylight hours. 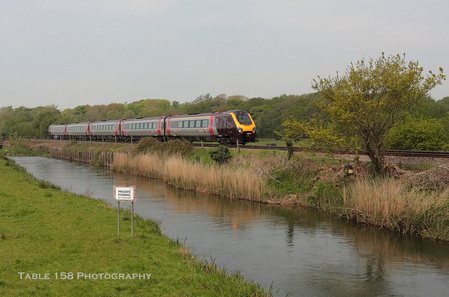 221137 hurries past East Stoke, between Wool and Wareham, working 1Z80 11:35 Weymouth - Bournemouth in rather less than ideal conditions.

This was the second of two Voyager units to reach Weymouth and the first occasion since 28 September 2002 that a Voyager has worked to Weymouth which presented the rare sight of one of these units west of Bournemouth. 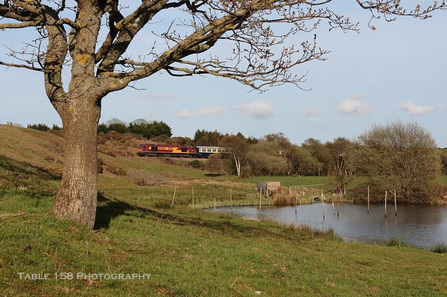 The returning Royal Wessex tour from Swanage to Waterloo diesel-hauled by 67028 from Swanage to Southampton with 35028 Clan Line being the tail-gunner seen here approaching Worgret Junction. 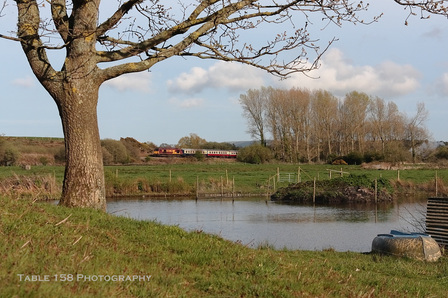 27 April 2012
All photographs are the copyright of Table 158 Photography and should not be reproduced
by an individual, or organisation, without prior consent.
©