Images from around my home county taken during 2011 will appear here. 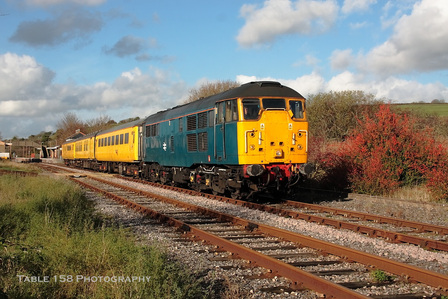 Working 3Z14 09:20 Bristol East - Bristol East (via Weymouth and Swindon) BR blue 31106 gets away from Maiden Newton a few minutes late during a lucky break in the cloud.


Had it departed right time, it would have been far duller than this. 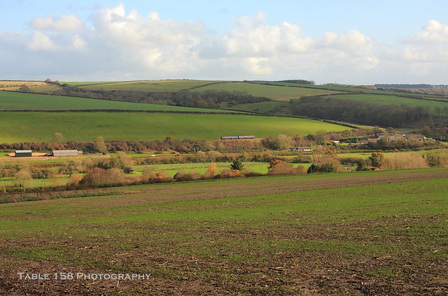 Well, for once the BBC weather forecast was spot on; sunny intervals and that's just what it was. 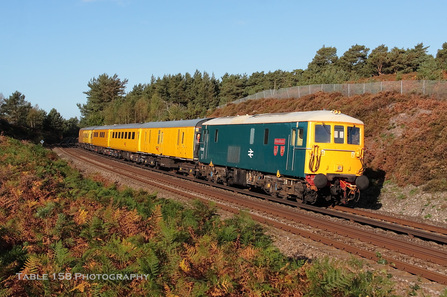 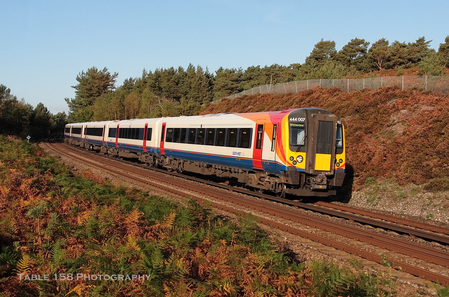 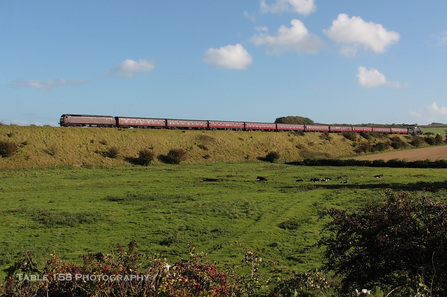 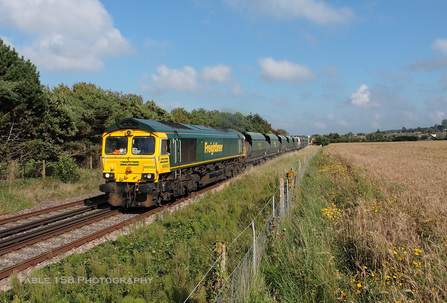 Two loco-hauled trains in fifteen minutes! 66953 passes East Burton shortly after the Deltic with 6O49 11:35 Theale - Wool (via Dorchester) in perfect weather that is practically unheard of these days. 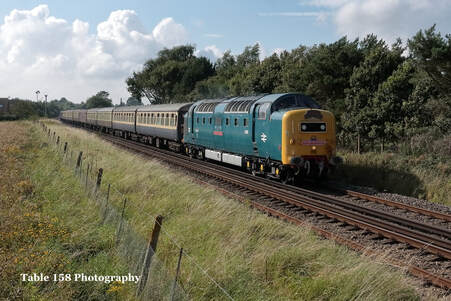 An unexpected change in the weather with the sun finally making an appearance for 55022 Royal Scots Grey as it passes East Burton, near Wool, hauling Pathfinder Tours' The Dorset Deltic Explorer 1Z76 15:36 Weymouth - Crewe. 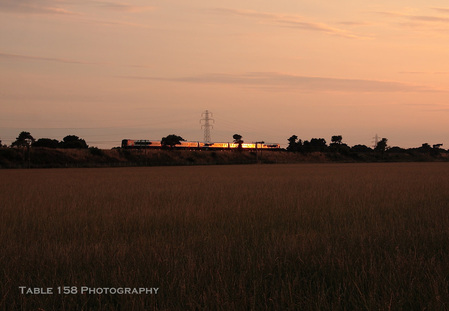 A South West Trains 444 'Desiro' unit heads into the setting sun along Christchurch Bank on a down service.

The train has just crossed the border from Hampshire into Dorset.


Of course, prior to 1st April, 1974, Christchurch and neighbouring Bournemouth were in Hampshire, the Hampshire / Dorset border then being between Bournemouth and Branksome. 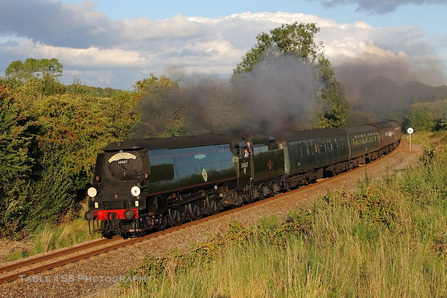 34067 Tangmere sweeps round the curve at Stratton, close to the site of the former Grimstone & Frampton station, with the Weymouth Seaside Express 1Z93 18:08 Weymouth - Bristol T.M.

This was the final train of the year and has proven extremely popular, so much so the train was loaded to nine coaches instead of the usual eight. 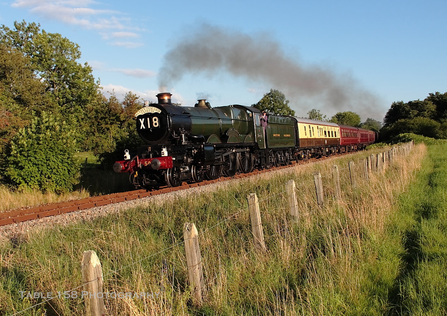 You won't get any more ex-GWR than this, even down to the fencing.

Nunney Castle takes its name from a small castle near Frome in Somerset. 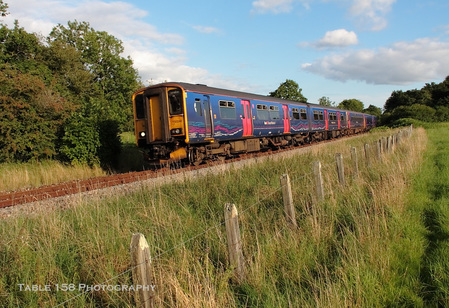 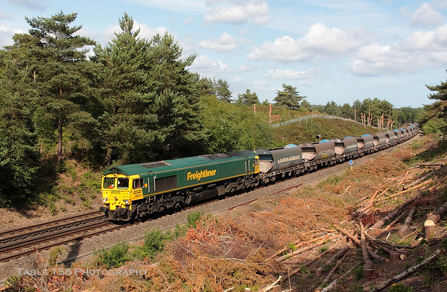 A lucky break in the cloud as 66547 passes Tadnoll Heath with 6O49 10:51 Neasden - Wool empties ready for the following day's loaded sand working back to Neasden. 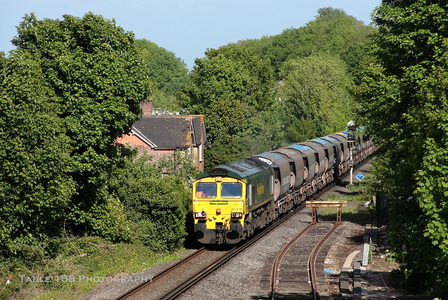 Not a patch on the freight workings that Dorset used to see in years gone by.


The train is shunted to the Down Sidings at Dorchester and split, the train then running as two separate portions up to Wool ready for the following day's loaded sand train back to Neasden.

This is now the only regular freight working in Dorset. 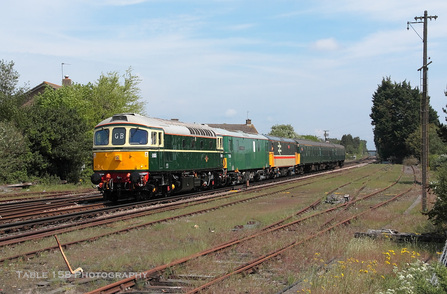 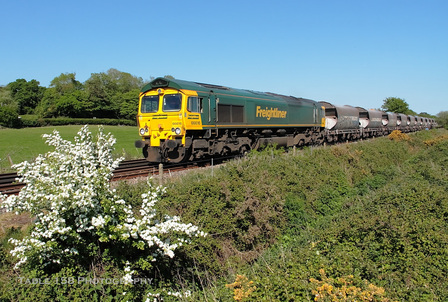 Hawthorn in full blossom means winter is over and spring is in the air as 66616 passes Rushton hauling 6O49 10:51 Neasden - Wool sand empties in some lovely light. 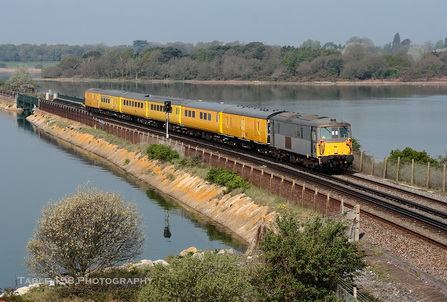 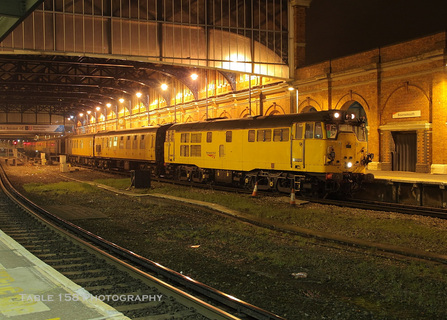 Another nocturnal visit to Dorset for Class 31s which operate on a twelve week cycle.

31233 stands under the train shed at Bournemouth which was restored during 1999 by Railtrack.

It is hard to imagine now the delapidated state the station was once in and on the verge of condemnation. 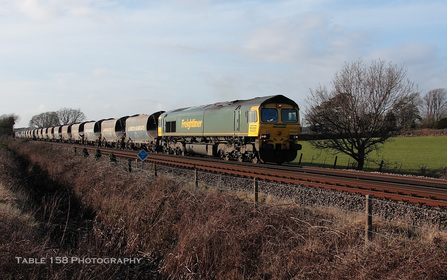 3 February 2011
All photographs are the copyright of Table 158 Photography and should not be reproduced
by an individual, or organisation, without prior consent.
©