﻿A few images from the 2008 Swanage Railway Diesel Gala.﻿ 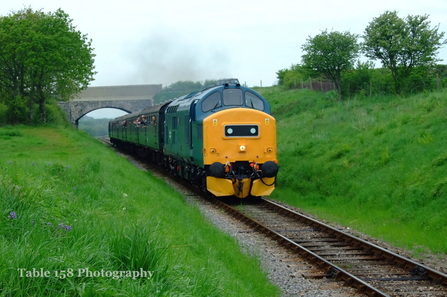 A real "Back To The Future" moment with BR blue 37275 looking like it has come straight out of the 1980's as it heads towards Harmans Cross with a down service, much to the delight of those on board.

More great shots from this gala can be found here. 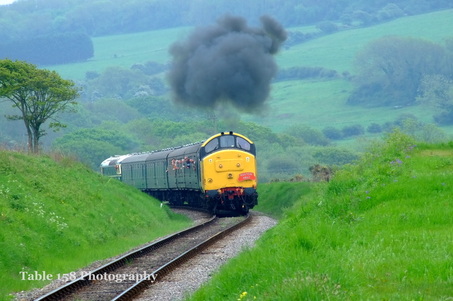 The weather might not have been that great, but at least it wasn't raining.

Doing its best impression of a steam locomotive 37906 storms away from Harmans Cross and up to Afflington Bridge - which carries the main A351 into Swanage. 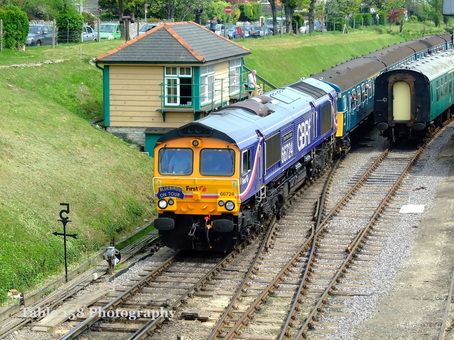 With the driver in safe possession of the single line token from the Swanage signalman the Class 66 gets under way hauling the blue 4-VEP working the 13:10 Swanage - Norden. 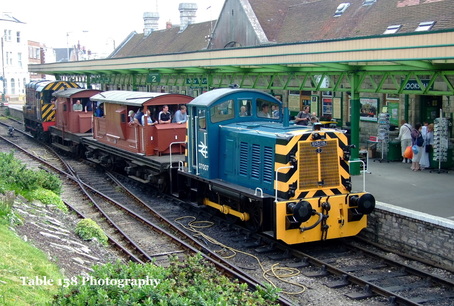 One of several visiting locomotives was that of Eastleigh Works based 07007. Operating in top & tail mode with Swanage Railway's 08436 the two shunters perform brake-van rides out of Swanage station up as far as the Up Advance Starting signal and back, offering the rare chance - albeit over a relatively short distance - to ride behind these locomotives.

Some of the Class 07's were based locally at Bournemouth during the 1970's, a shot of 07013 at Bournemouth in August 1976 can be found here.  They are probably best remembered around the Southampton and Eastleigh area's though.

The Class was withdrawn from BR by July 1977, more details here. 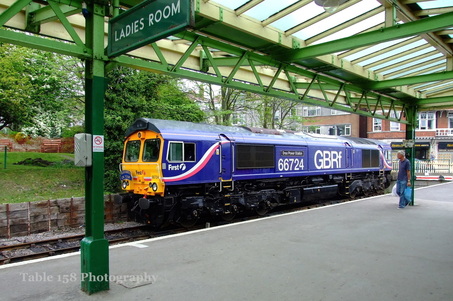 A stranger in town with GB Railfreight's 66724 Drax Power Station stabled at Swanage during the 2008 Swanage Railway Diesel Gala.

With so many people around I waited for a brief gap with which to get an uninterrupted shot, unfortunately it was not to be as the gent on the right walked into the shot. Some you win....... 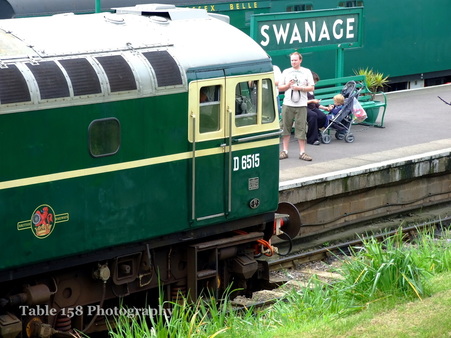 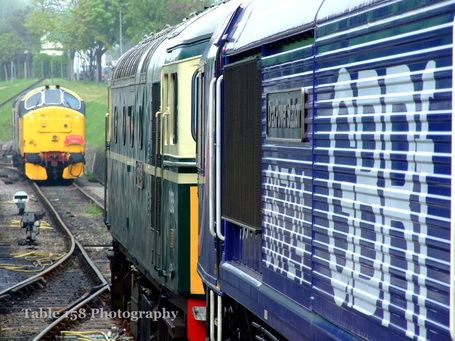 Lined up ready for action at Swanage station. 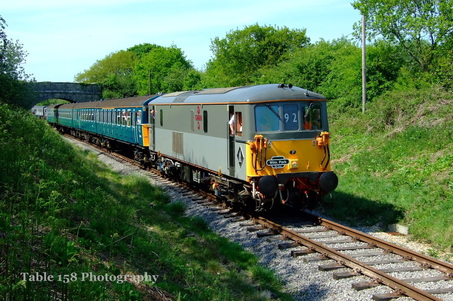 8 May 2008
All photographs are the copyright of Table 158 Photography and should not be reproduced
by an individual, or organisation, without prior consent.
©